The Los Angeles County Museum of Art (LACMA) presents Reigning Men: Fashion in Menswear, 1715–2015, a major survey exploring the history of men’s fashionable dress from the 18th to the early 21st century. Reexamining the frequent association of “fashion” with “femininity,” the five thematic sections of the exhibition’s 300-year survey—Revolution/Evolution, East/West, Uniformity, Body Consciousness, and The Splendid Man—reveal that early fashion trends were informed by what men were wearing, as much as they were by women’s dress.

In the 18th century, the male aristocrat wore a three-piece suit conspicuous in make and style and equally as lavish as the opulent dress of his female counterpart; the 19th-century dandy made famous a more refined brand of expensive elegance; the 20th-century mod relished in colorful and modern styles; and the 21st century man—in an ultra-chic suit by day and a flowered tuxedo by night—redefines today’s concept of masculinity. 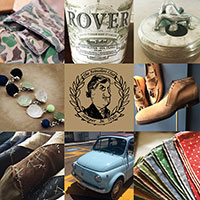